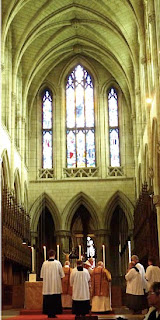 A Solemn High Mass was celebrated for the transferred feast of the Blessed Martyrs of England and Wales at Downside Abbey Church on Saturday 5th May, 2012.

Dom Boniface preached on the Holy Martyrs of England and Wales. He quoted the great Benedictine scholar Dom Bede Camm, who did so much to promote knowledge of and devotion to the English martyrs in the early years of the twentieth century.

According to Dom Bede, there are four things we ourselves can do to venerate the martyrs of this country: firstly, acquaint ourselves with the stories of their lives; secondly, visit their shrines and relics; thirdly, follow their example, sacrificing ourselves for the holy sacrifice of the Mass; and fourthly, help to promote knowledge and veneration of the martyrs in the wider world. If it wasn’t for the sacrifice and witness of these men and women, he said, the Catholic faith in this country would have been extinguished. 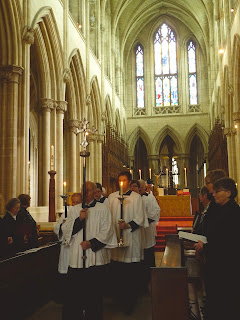 Around 90 people attended the Mass, and there was an opportunity afterwards to venerate and examine at close hand a collection of relics held at Downside Abbey, including remains of two martyrs of the Benedictine community of St Gregory – St John Roberts (d. 1610) and St Ambrose Barlow (d. 1641). There was also a relic of St Oliver Plunkett, Archbishop of Armargh and Primate of all Ireland, who was hanged, drawn and quartered at Tyburn in July 1681: the last Catholic martyr to die in England. 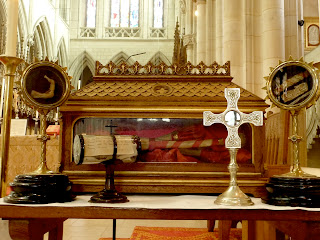 For more information about the martyrs associated with the Downside community, please see: http://www.downside.co.uk/Abbey/about_us/downside_abbey_history_detail.php?our-martyrs-5

Posted by Caroline Shaw at 19:05 No comments: 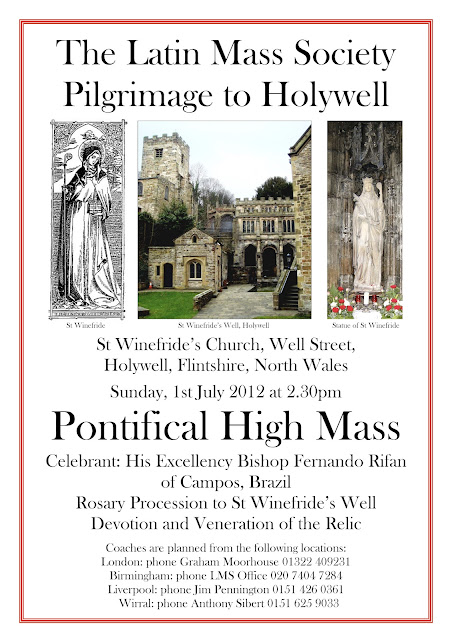 Posted by Caroline Shaw at 13:02 No comments: