On Saturday March 2nd at 11am there will be a Low Mass at All Saints Chapel, New Wardour Castle in Wiltshire. Mass will be followed by Exposition of the Blessed Sacrament and an opportunity for Confession.


This will be the start of regular First Saturday Masses held in this beautiful and historic location.

All Saints Chapel in Wardour Castle has served the sizeable Catholic population of this part of the diocese uninterruptedly since the 1770s. 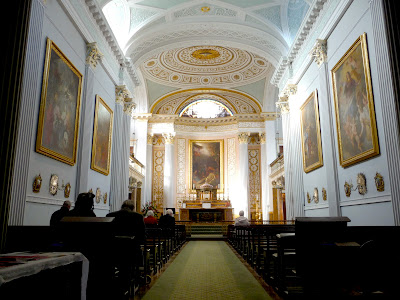 New Wardour castle, together with its chapel, was built by the architect James Paine in the Palladian style popular in 18th century England. The elegant neo-classical house stands close to the site of the ruined castle of Wardour which was destroyed during the Civil War as a result of the Arundell family’s steadfast support of the Royalist cause. The Arundells remained loyal and unwavering Catholics throughout the Reformation and the ‘Glorious Revolution’, and the history of the family reflects the turbulence of the times.

By the 1770s the family fortunes had revived to such an extent that Henry, the 8th Baron Arundell, felt secure enough to build not only a magnificent new house, but also a large and elaborate chapel. From the outside, All Saints is not distinguishable as a place of worship: even in the relatively tolerant climate of the 18th century it was illegal to construct a freestanding Catholic building, so the chapel is set within the west wing of the house, between the bedrooms and the laundry. 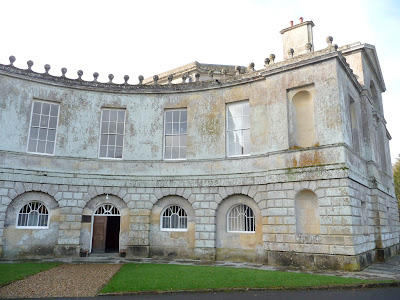 Inside, however, the chapel is a jewel, utterly unlike almost any other Catholic church in this country. Pevsner observed: “It is so grand in its decoration that it seems consciously to express the spirit of the Catholic ecclesia triumphans.”

The effect of the exuberant gilded stucco work and Corinthian columns, the ceiling with its succession of domes and ellipses and particularly its magnificent High Altar of polychrome marble, transports one straight to Rome. The sanctuary, with its elegantly curved apse, was designed by the great neo-Classical architect Sir John Soane. 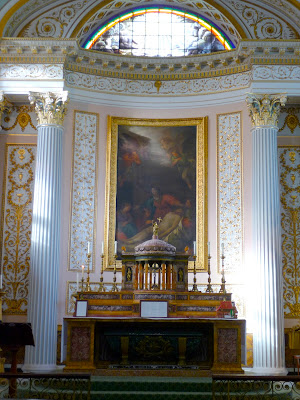 The High Altar of porphyry, jasper, silver and agate, is the crowning glory of the chapel. It was built by the Roman architect Quarenghi, and contains within it a marble sarcophagus which holds the relics of two early Christian saints, Primus and Secundus, which were a gift to the 3rd Lord Arundell from Pope Alexander VII earlier in the century. 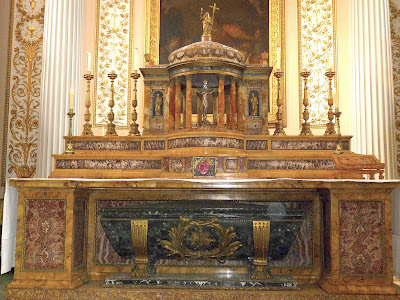 In the sacristy are preserved a number of beautiful and historic vestments including the Westminster Chasuble, produced to commemorate the wedding of Henry VIII to Catherine of Aragon.

Wardour chapel is one of the great architectural treasures of this diocese, and we hope many will make the journey to attend Mass in the rite for which it was built.

The dates of the First Saturday Masses at Wardour are as follows:

The postcode for New Wardour Castle is: SP3 6RH

Here is a link to a map: http://en.parkopedia.co.uk/parking/building/new-wardour-castle/#.UR-6_WDVMu0.gmail

Posted by Caroline Shaw at 11:06 No comments:

There will be NO Latin Mass on Sunday 10th February at the Church of Our Lady the Immaculate Conception in Devizes.

Posted by Caroline Shaw at 09:52 No comments: