Please remember that there is a Solemn Requiem Mass on 3 November at 7.30pm held at Holy Cross Church, Bedminster.

The Requiem Mass for Fr Kevin Knox-Lecky took place on 22nd October 2014 at 11:30am at The Shrine of Our Lady St Mary of Glastonbury where Fr Kevin had been a parish priest for thirteen and a half years before moving to St Alphege's Bath.  The Church was packed to overflowing with people standing along the sides at the back and upstairs with the choir.   Bishop Declan and Bishop Emeritus Crispin (of Portsmouth) processed into the Church along with many of the Priests from the Diocese. It was a great testament to how loved  Fr Kevin was by the people of the Clifton Diocese and indeed by many others from further afield.


It was a beautiful Mass celebrated by Fr Andrew Goodman.  The choir sang Subvenite as Fr Kevin's coffin was brought into the Church.  This being a prayer asking the heavenly host to accompany Father Kevin to God's welcoming light.  The sung Epistle was 1 Corinthians 15 51-57 and the Gospel was according to St John 5, 25-29.  The singing throughout the Mass was very spiritually moving and the times of silence were profound and intense.  Bishop Declan gave the Funeral oration.   He talked with fondness about the quiet and unassuming nature of Fr Kevin which belayed his talents in the field of music and languages.  Fr Kevin had a great love for music and had prodigious talent.  He had played the organ at his school at the age of eight and could easily have followed a career as a professional musician.  He studied for the priesthood in Spain and was a fluent Spanish speaker as well as being proficient in French and German.  Bishop Declan then went on to say that most of all Fr Kevin treasured the Word of God and applied this throughout his ministry as a parish priest, always leading by example.


The Absolutio super feretrum followed the oration.  The choir sang the Libera me, Domine which prays for deliverance and that the departed may enjoy eternal life. Incense was placed in the thurible and blessed.  Whilst saying the Lord's Prayer Fr Goodman sprinkled the coffin with Holy Water and incensed it.  A final prayer was said for Fr Kevin's soul humbly asking God to bid his holy angels to receive him and through his faith in God that he may be spared the pains of hell and possess eternal joys.  The procession then left the Church as the choir sang:

May the angel host escort you into Paradise:


May the martyr throng receive you at your coming,


and lead you into the holy city, Jerusalem.


May a choir of angels receive you,
and may you find eternal rest with Lazarus. 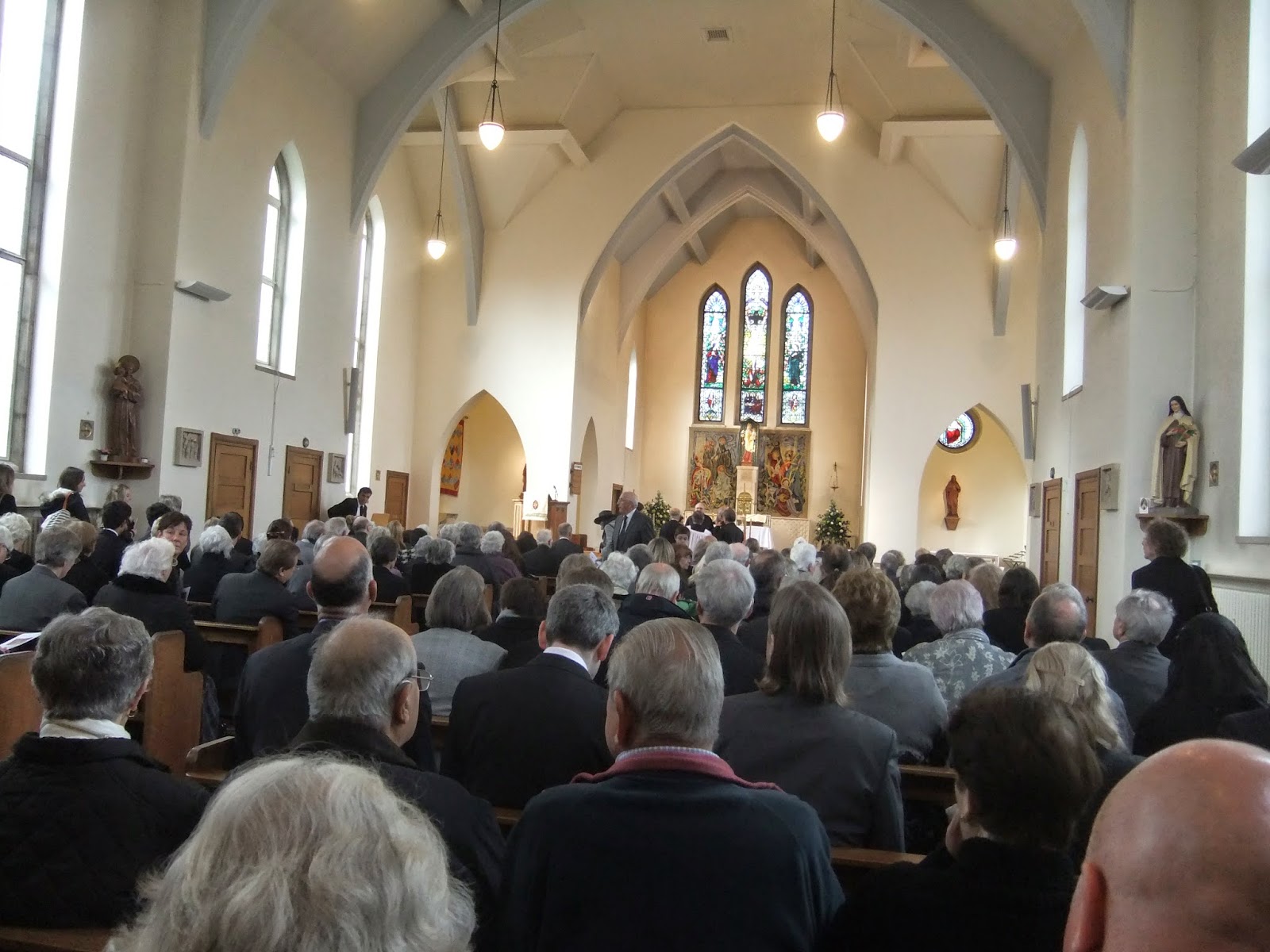 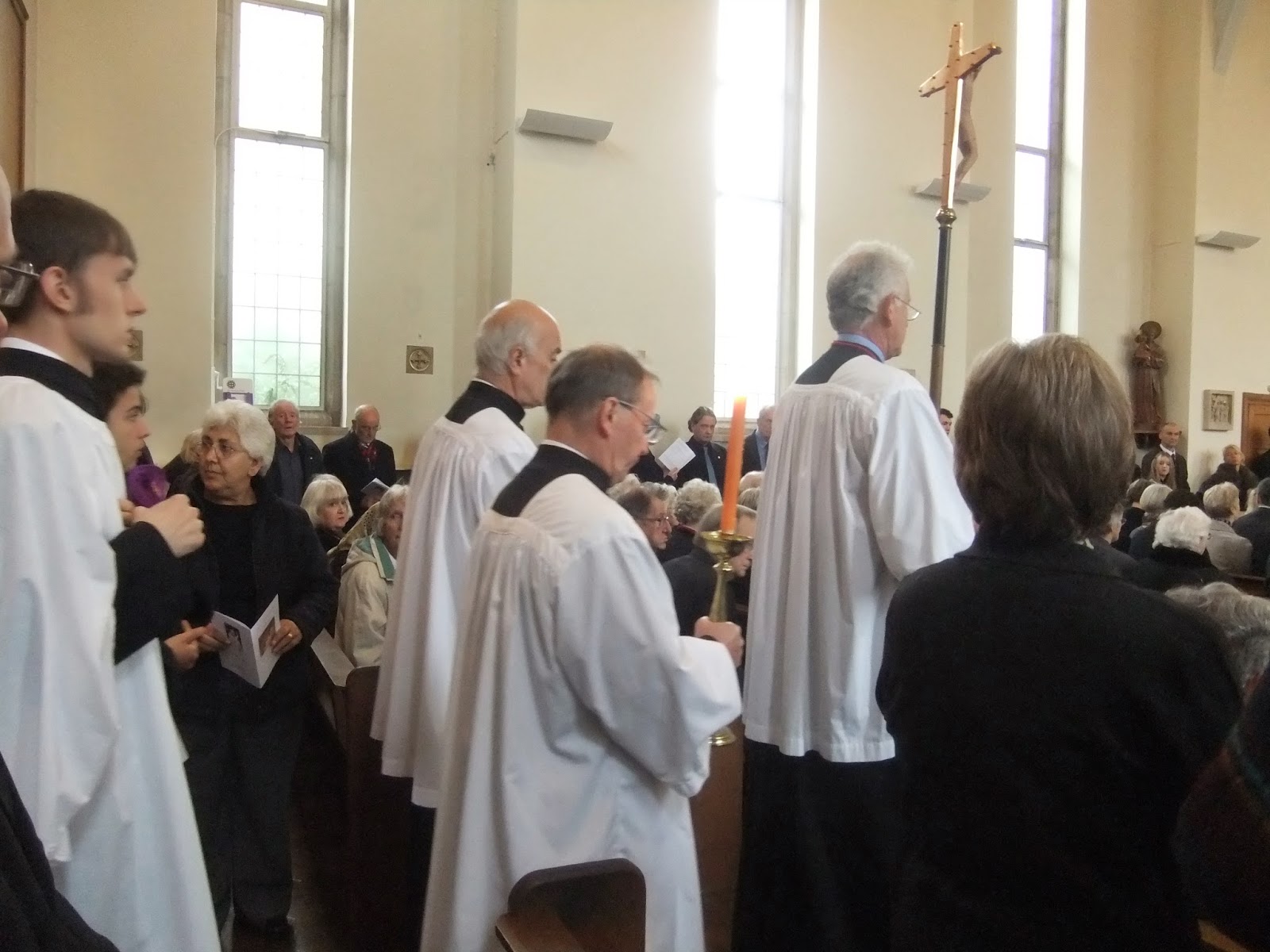 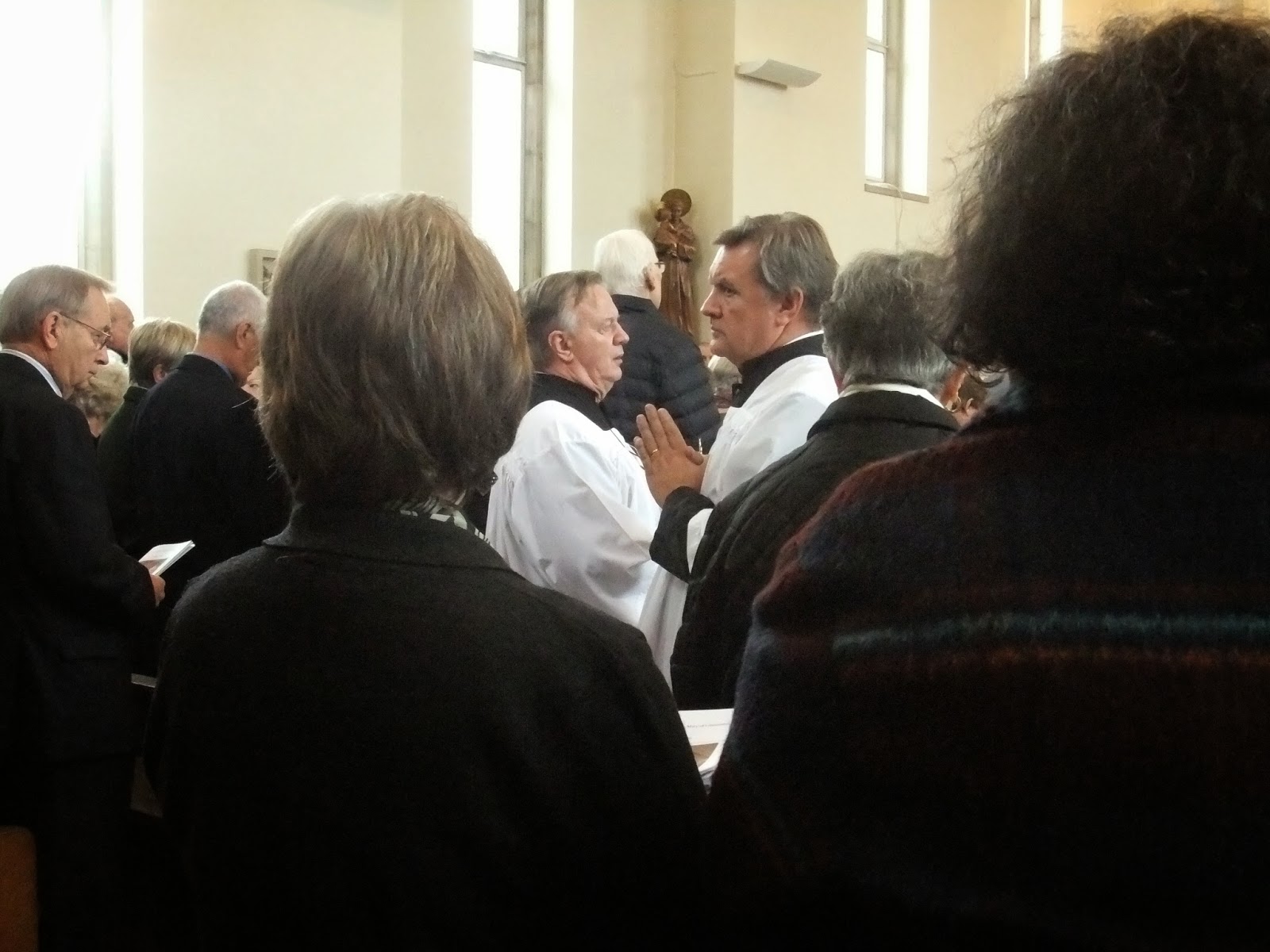 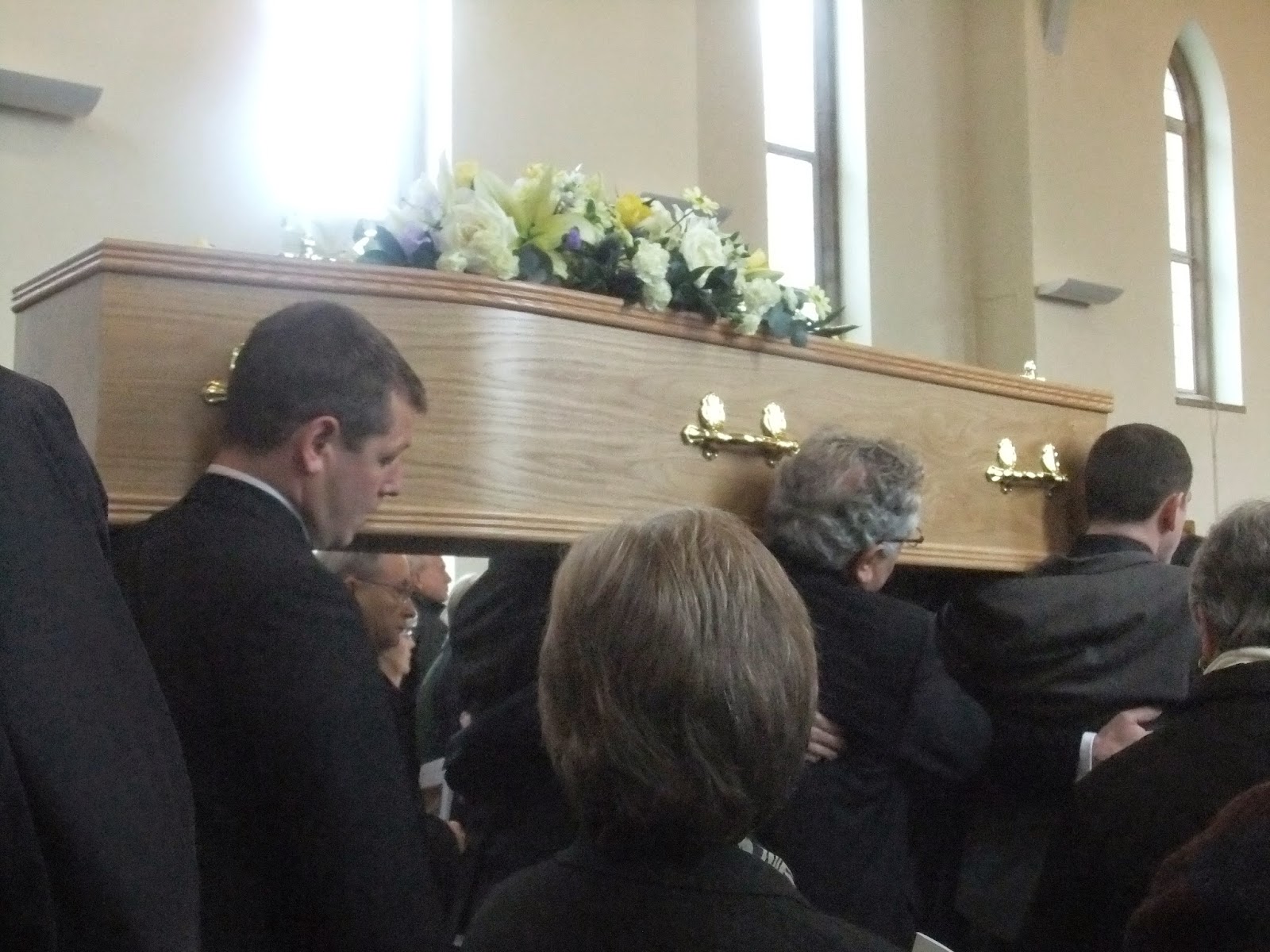 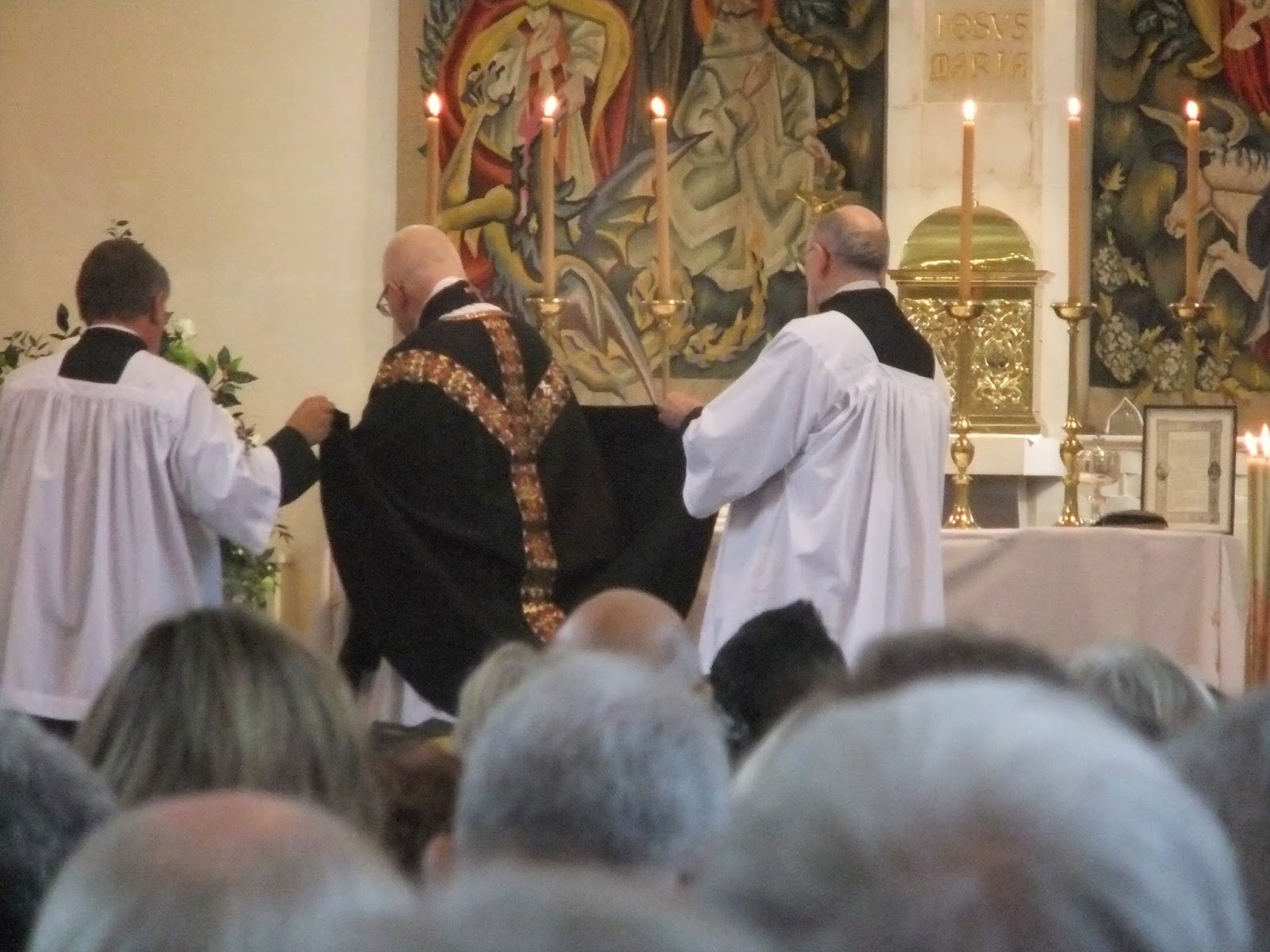 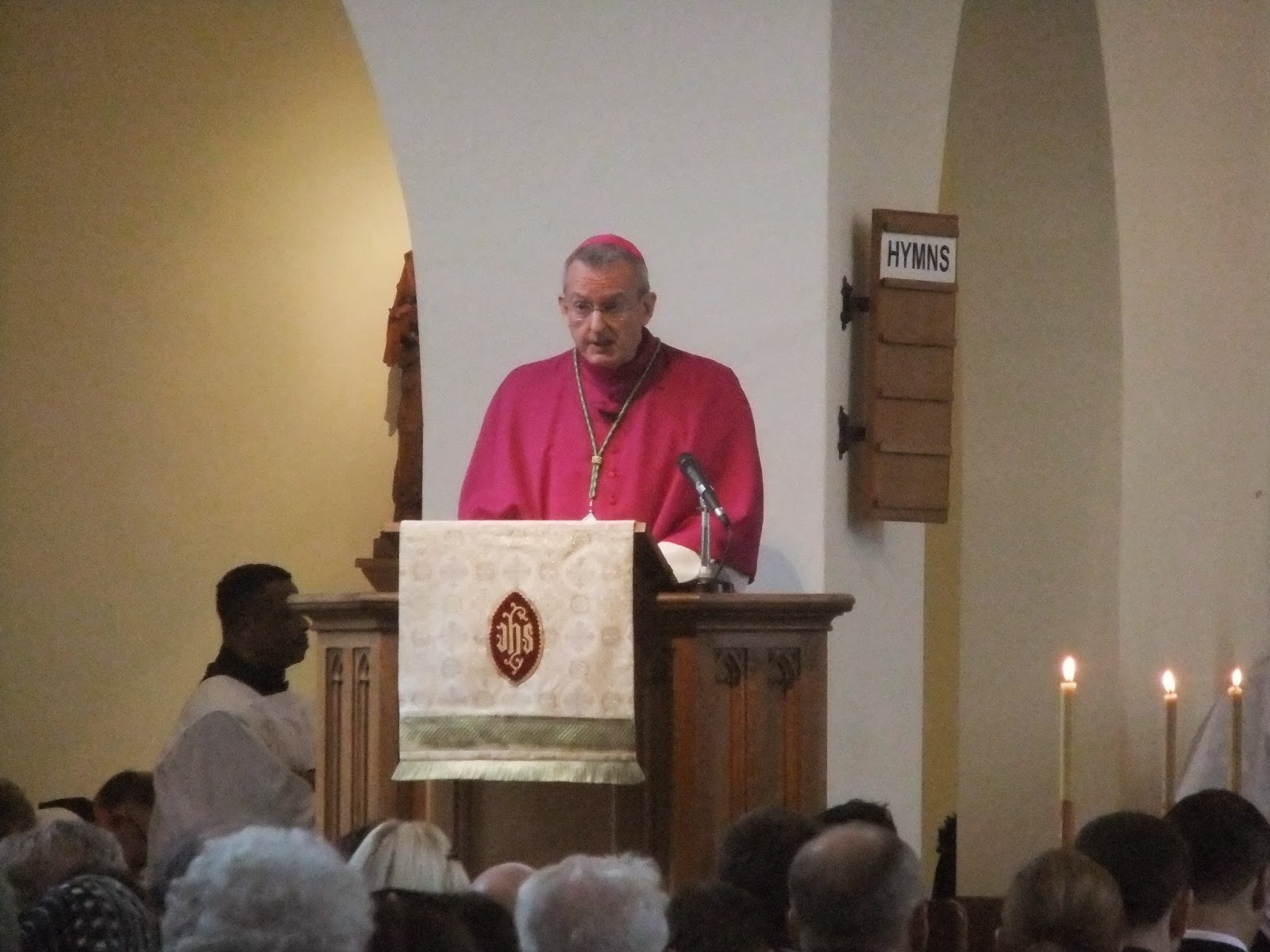 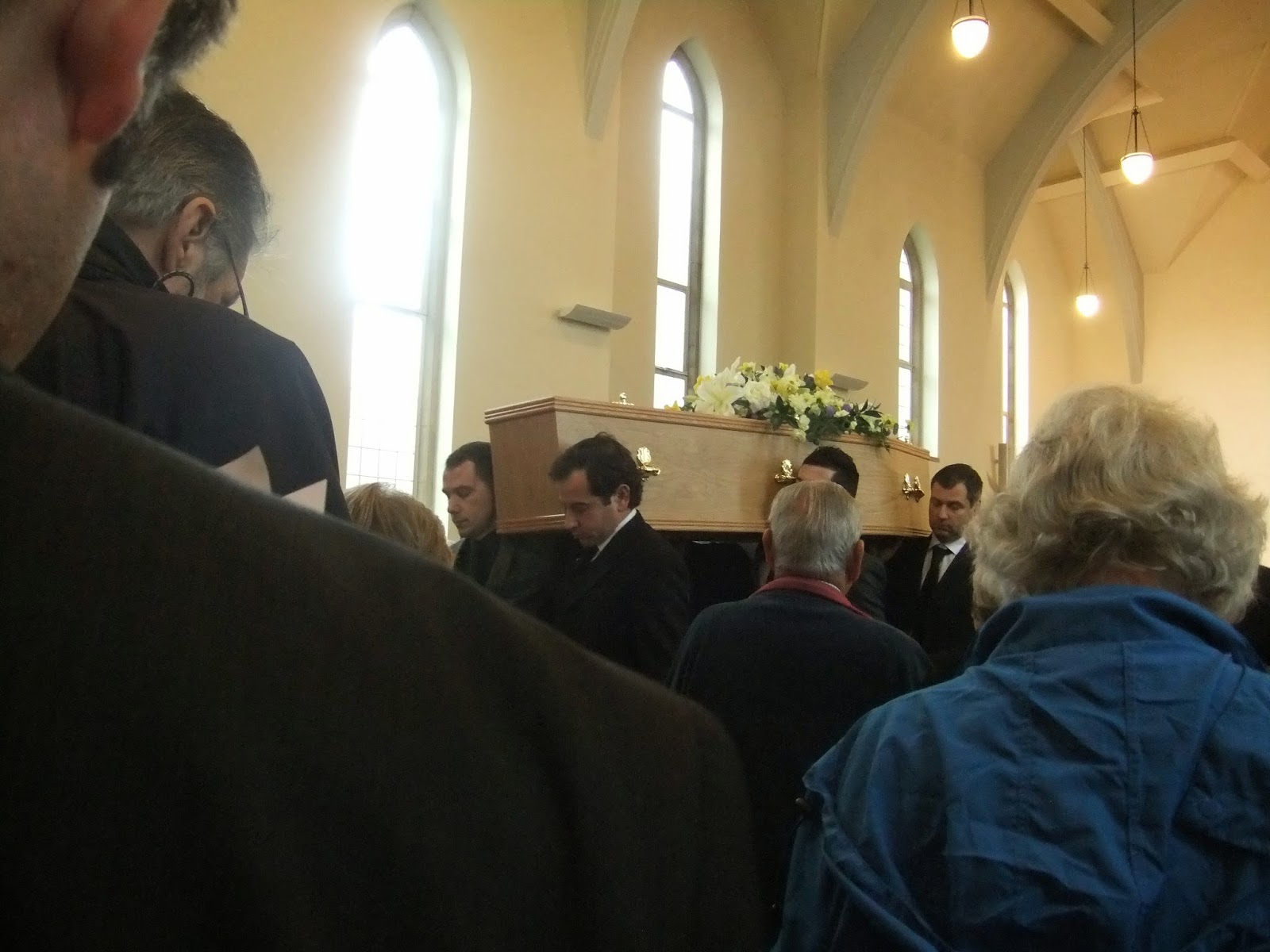 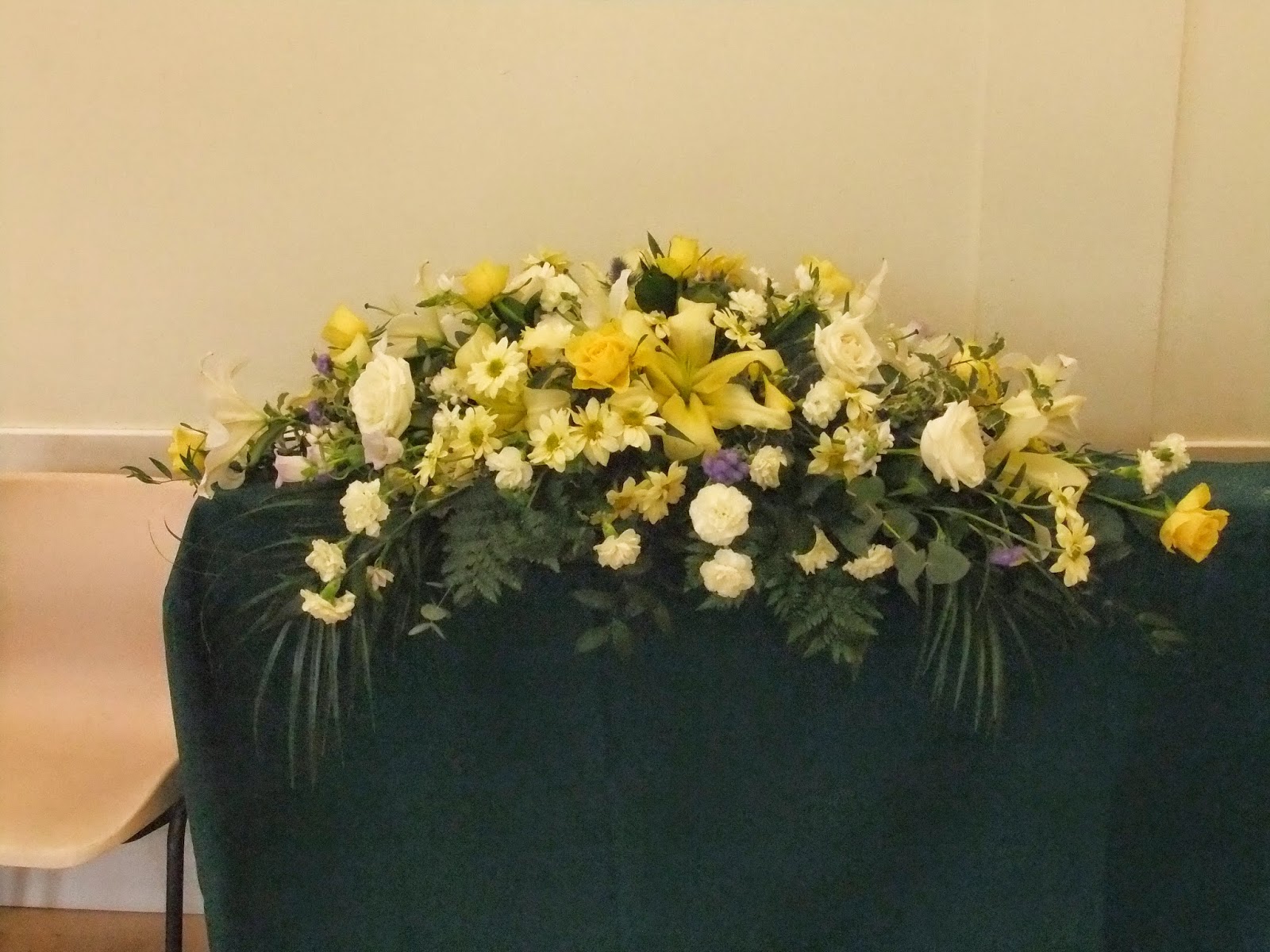 Arrangements for the Funeral of Father Kevin Knox-Lecky R.I.P

The Requiem Mass and Committal for Father Kevin Knox-Lecky will be according to the Roman Missal of 1962 Rite and will take place on Wednesday 22nd October 2014 at Our Lady St Mary of Glastonbury Church, Magdalene Street, Glastonbury, Somerset, BA6 9EJ commencing at 11.30 am; followed by a service at the Crematorium.  The family have requested that the cremation be a private family affair.


The celebrant will be Father Andrew Goodman and the homily will be preached by Bishop Declan Lang.

A Memorial Mass (not a Latin Mass) will be celebrated at St Alphege's, Bath where Father Kevin was parish priest until his death. This will be on Wednesday 29th October 2014 at 7.00pm.

Light refreshments will be available both at Glastonbury and Bath.
Posted by Unknown at 21:20 No comments:

Pictures of Get Together after Missa Cantata at St Mary's, Cricklade

After the Mass refreshments were provided at a local pub.  There was a wonderful abundance of food - sandwiches, sausage rolls and chips with tea, coffee or wine to drink.  It was Nicholas Buckley’s birthday and Sara Harvey-Craig made a delicious chocolate cake complete with a goodly number of lighted candles which Nicholas duly blew out at the first attempt!  It was a perfect end to an enjoyable evening greatly appreciated by all as the pictures below show. 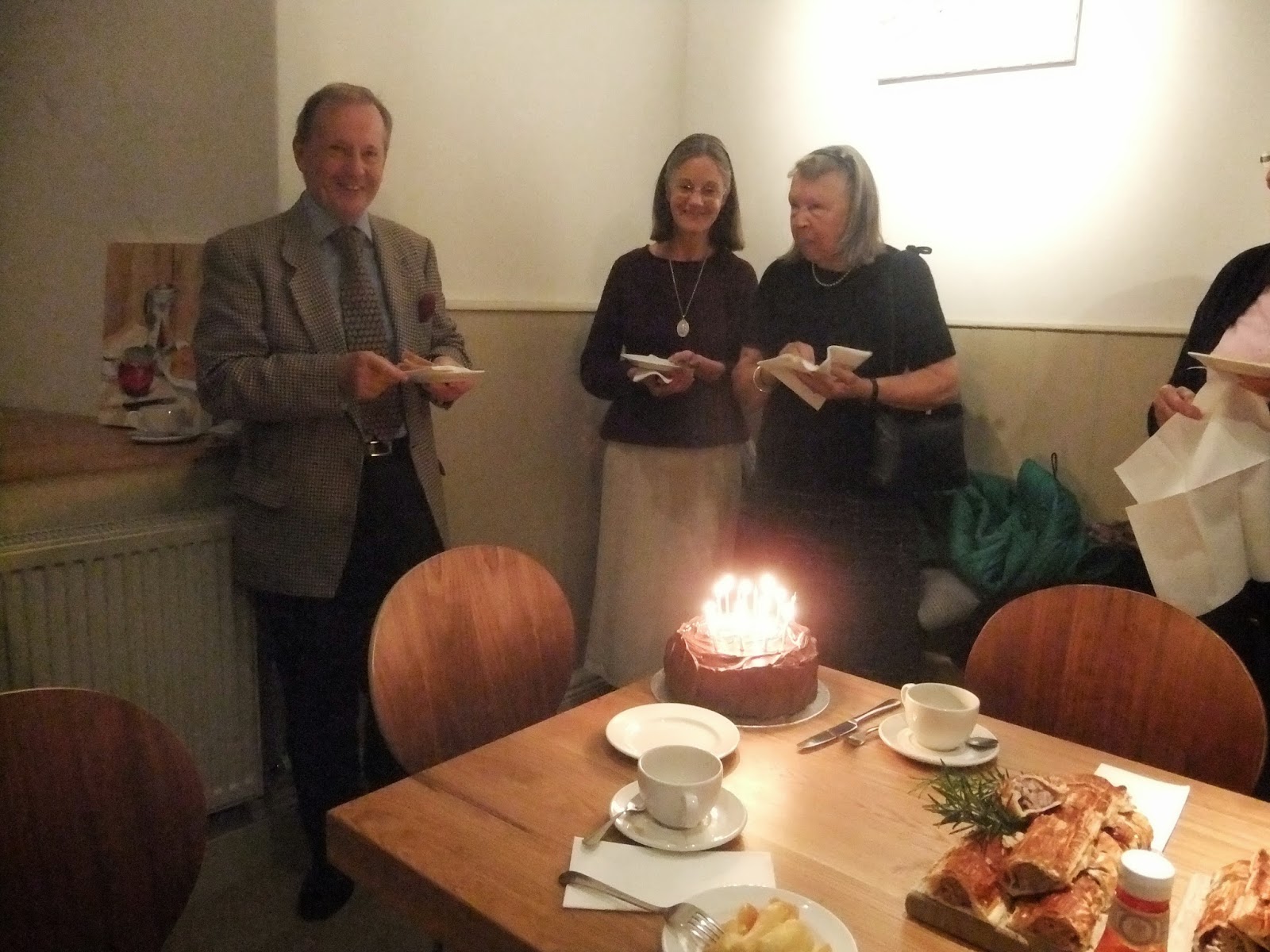 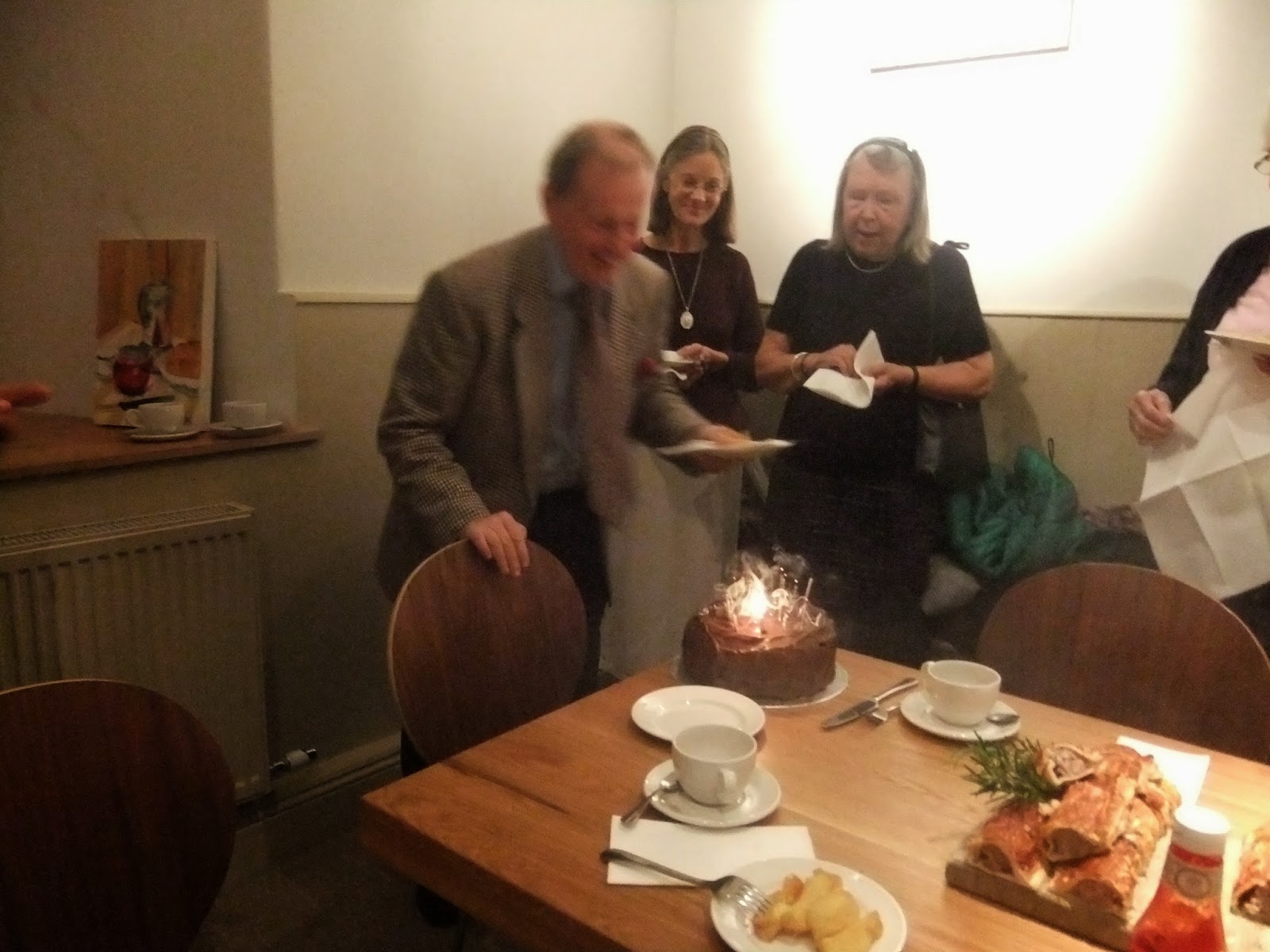 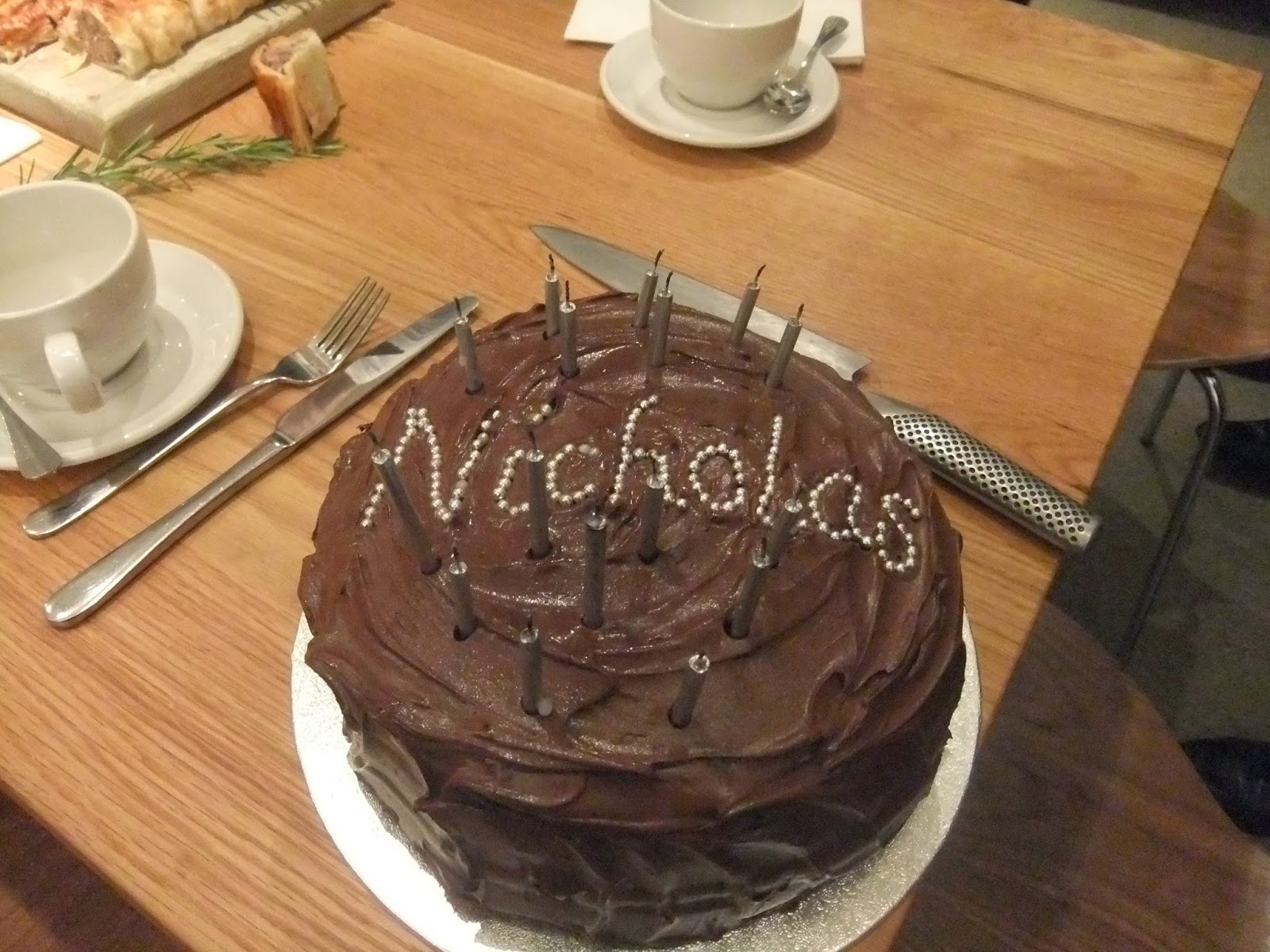 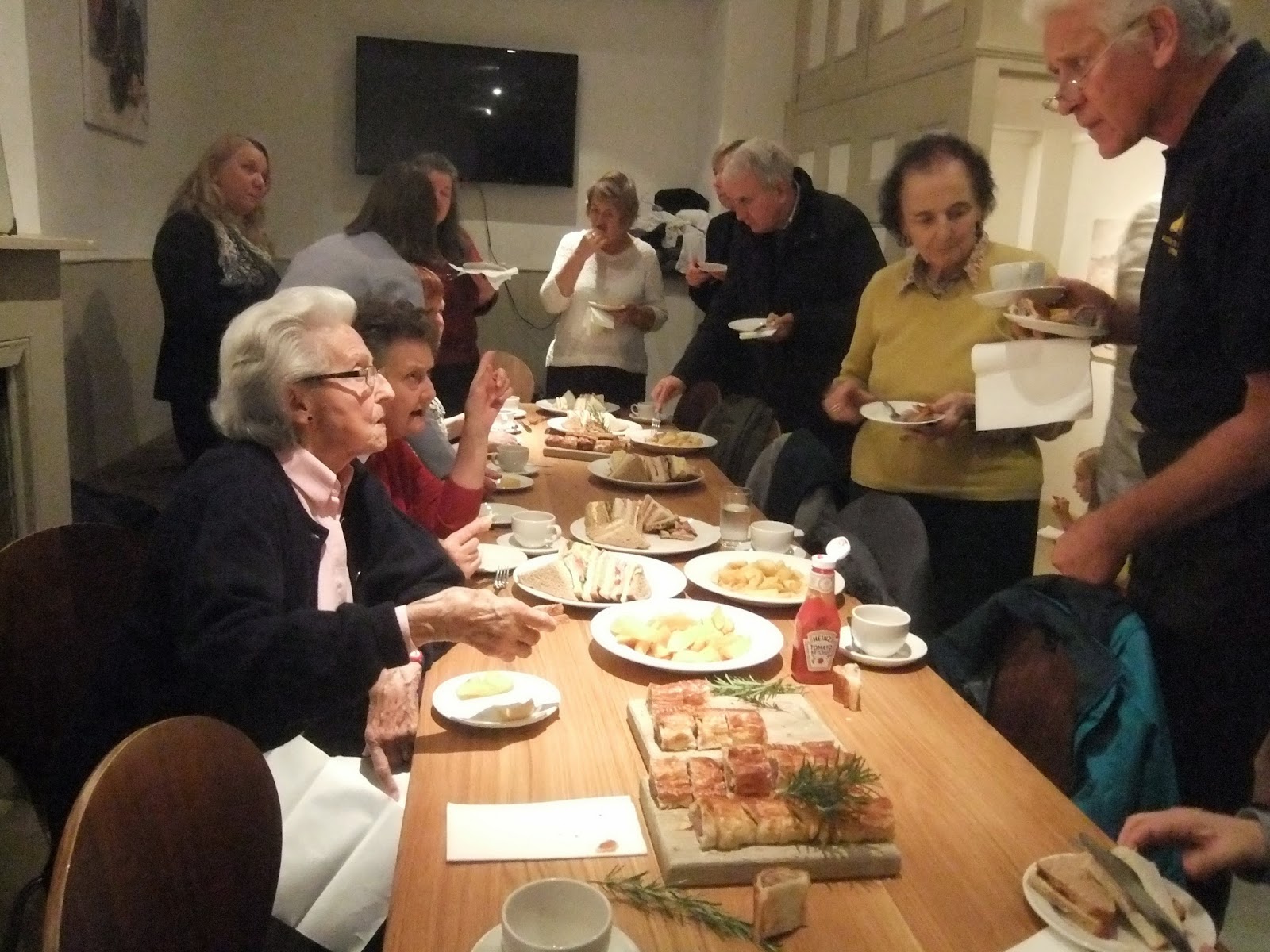 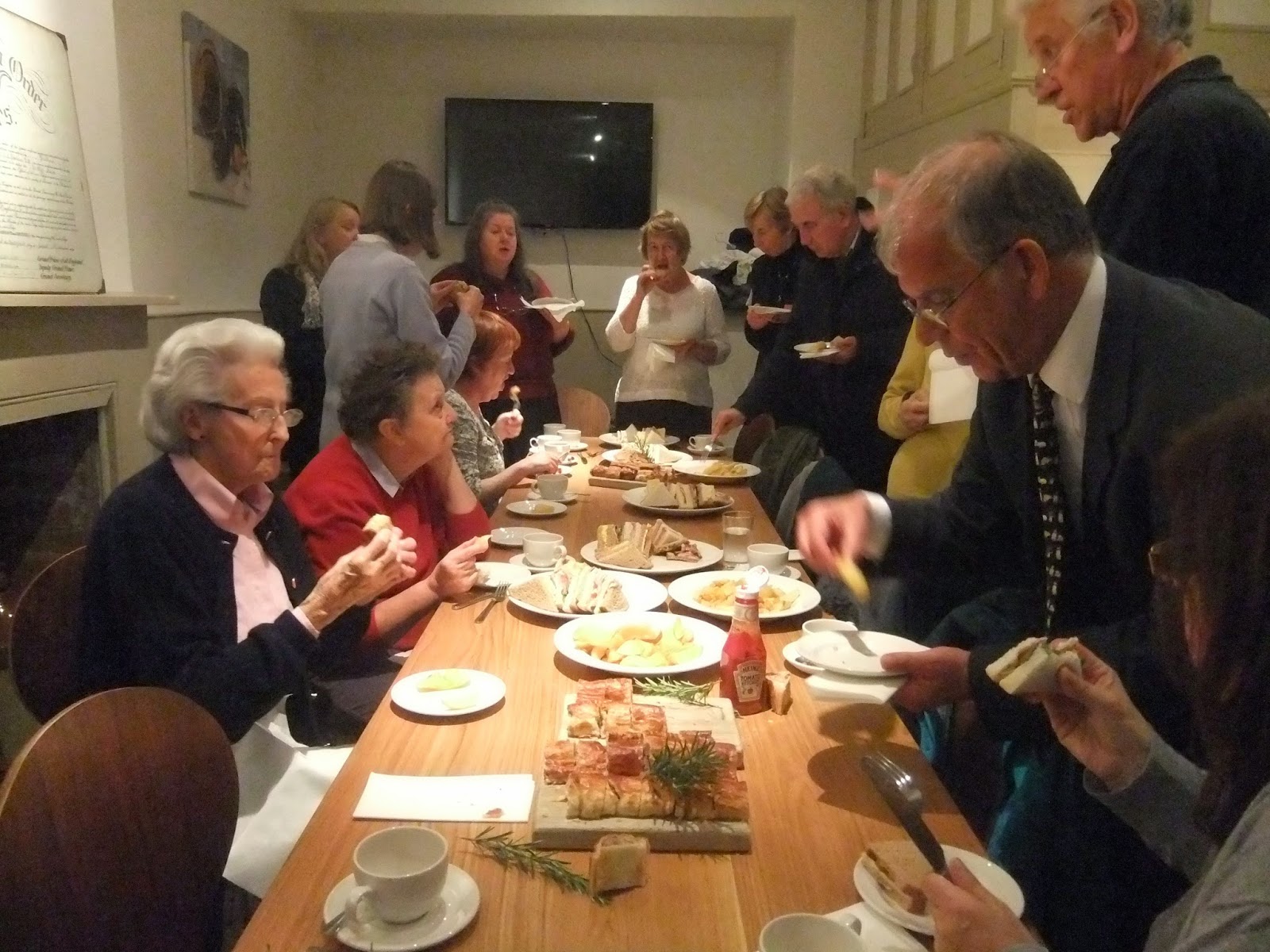 The Missa Cantata held at the 12th Century Church of St Mary's, Cricklade to celebrate the Feast of Our Lady of the Holy Rosary on 7th October was very spiritually uplifting.  It was atmospheric inside the Church with the light shining through the little stain glass windows, the stone pillars and curved archways and the rows of enclosed wooden pews.  The Mass was well attended with over thirty people in the congregation.  Fr Alex Redman was the Celebrant and he was accompanied by five altar servers.  The schola sang magnificently adding to the spirituality of the Mass.  Fr Redman in his homily talked about the importance of saying the Rosary and reminded us that in times of special danger ‘Our Lady’ has on many occasions rewarded the faithful who resort to praying the Rosary.  He also said that we should pray the Rosary as a family and indeed for our families and friends especially for those who may have lapsed in the faith. 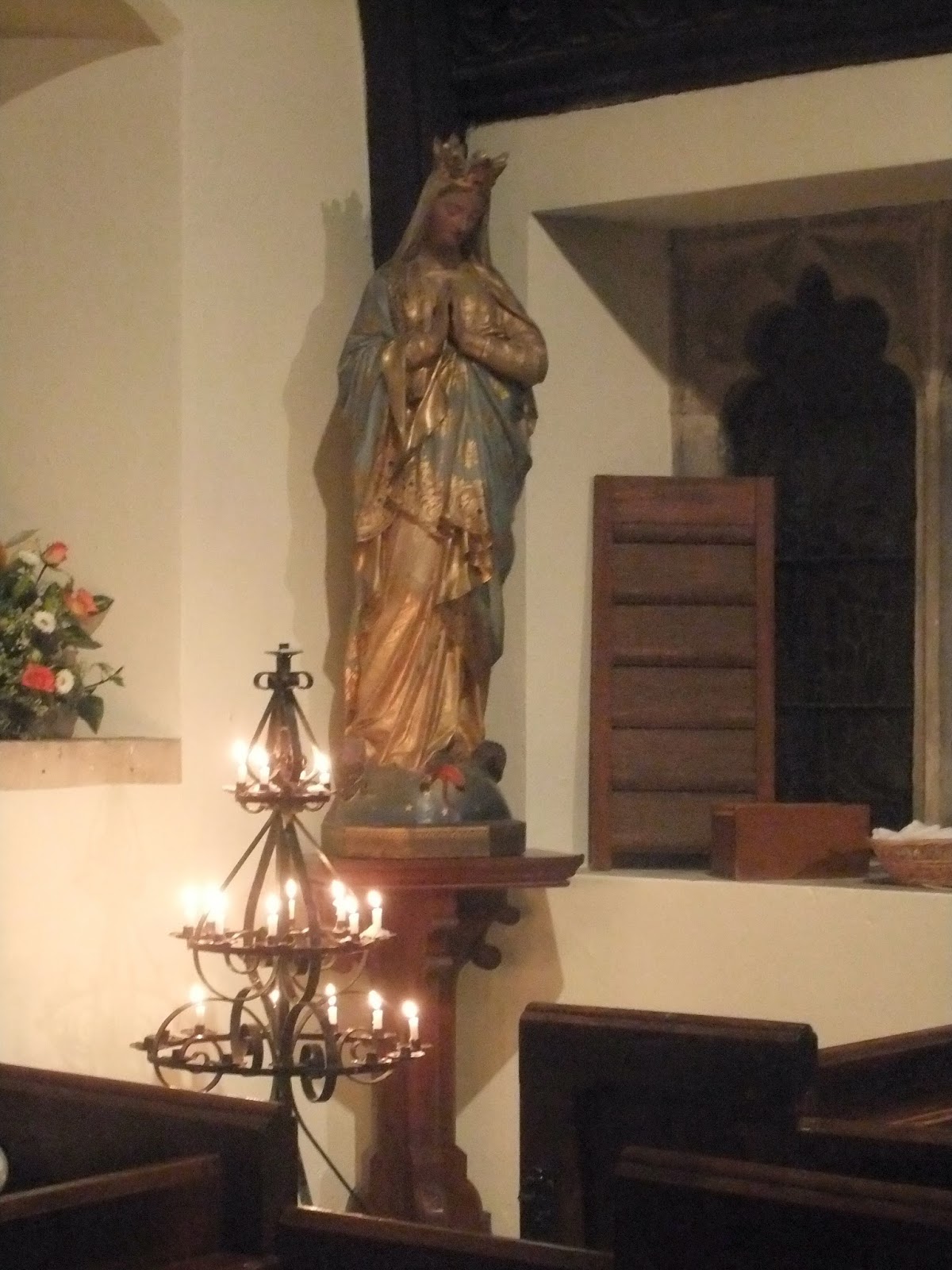 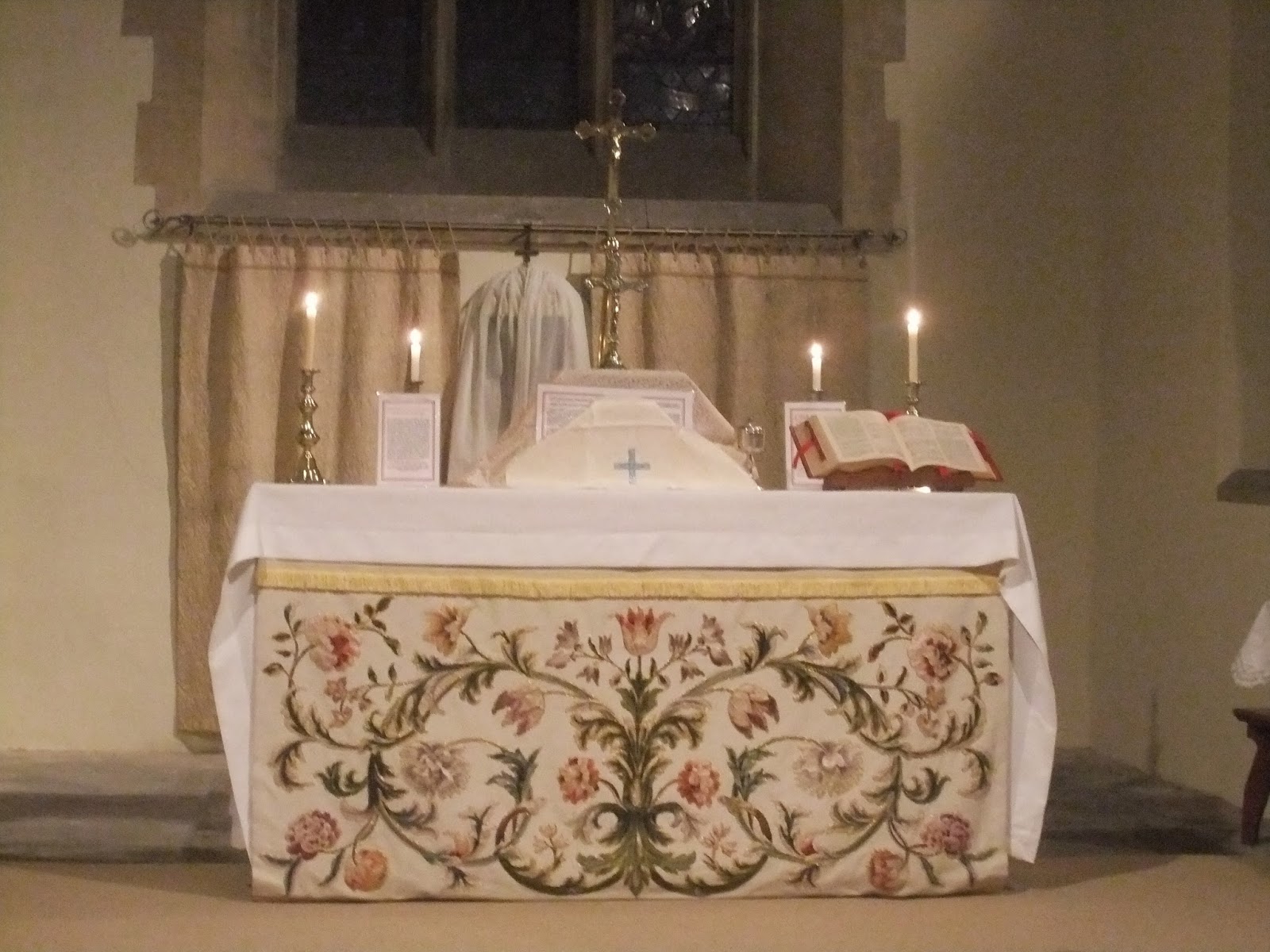 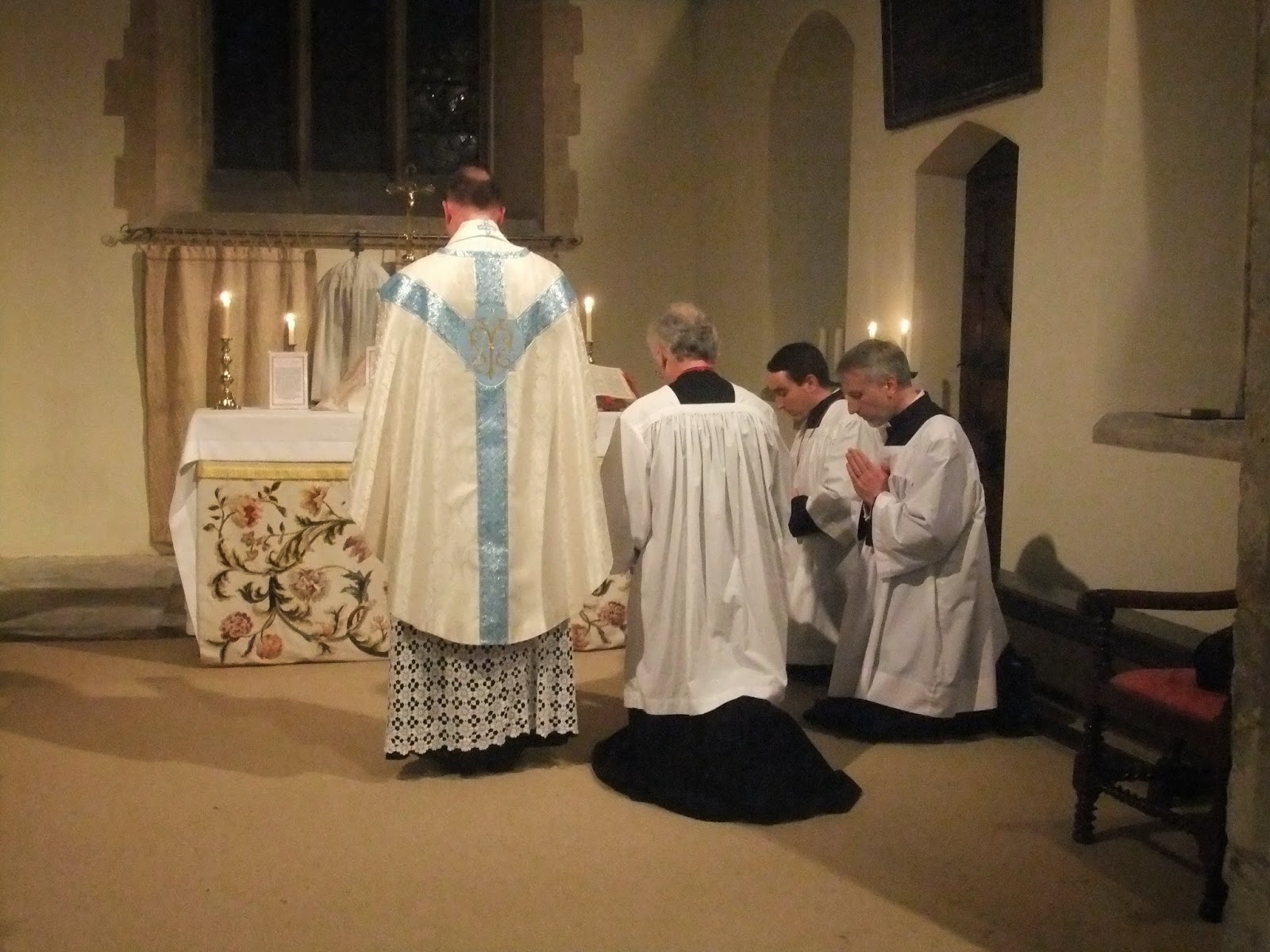 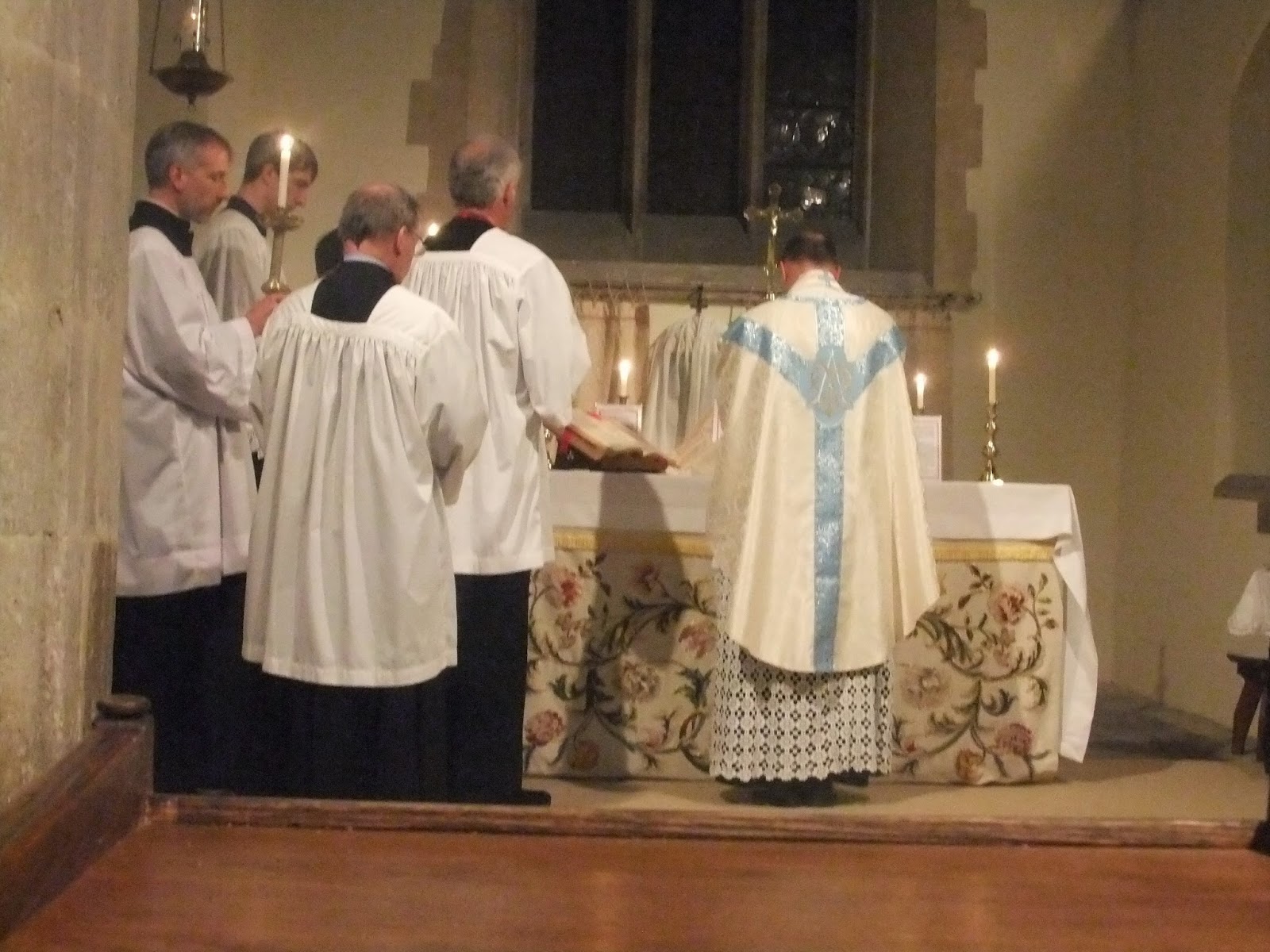 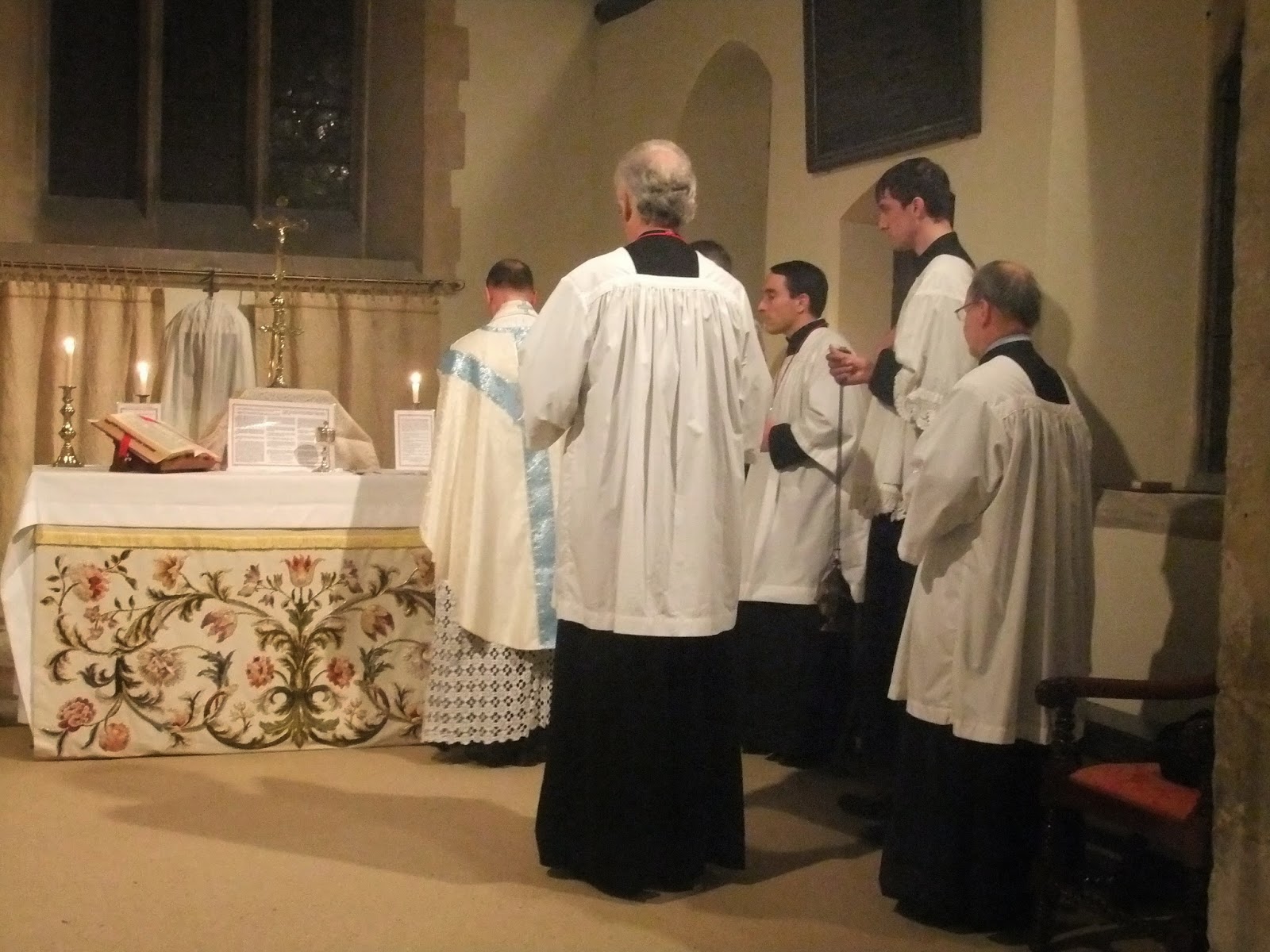 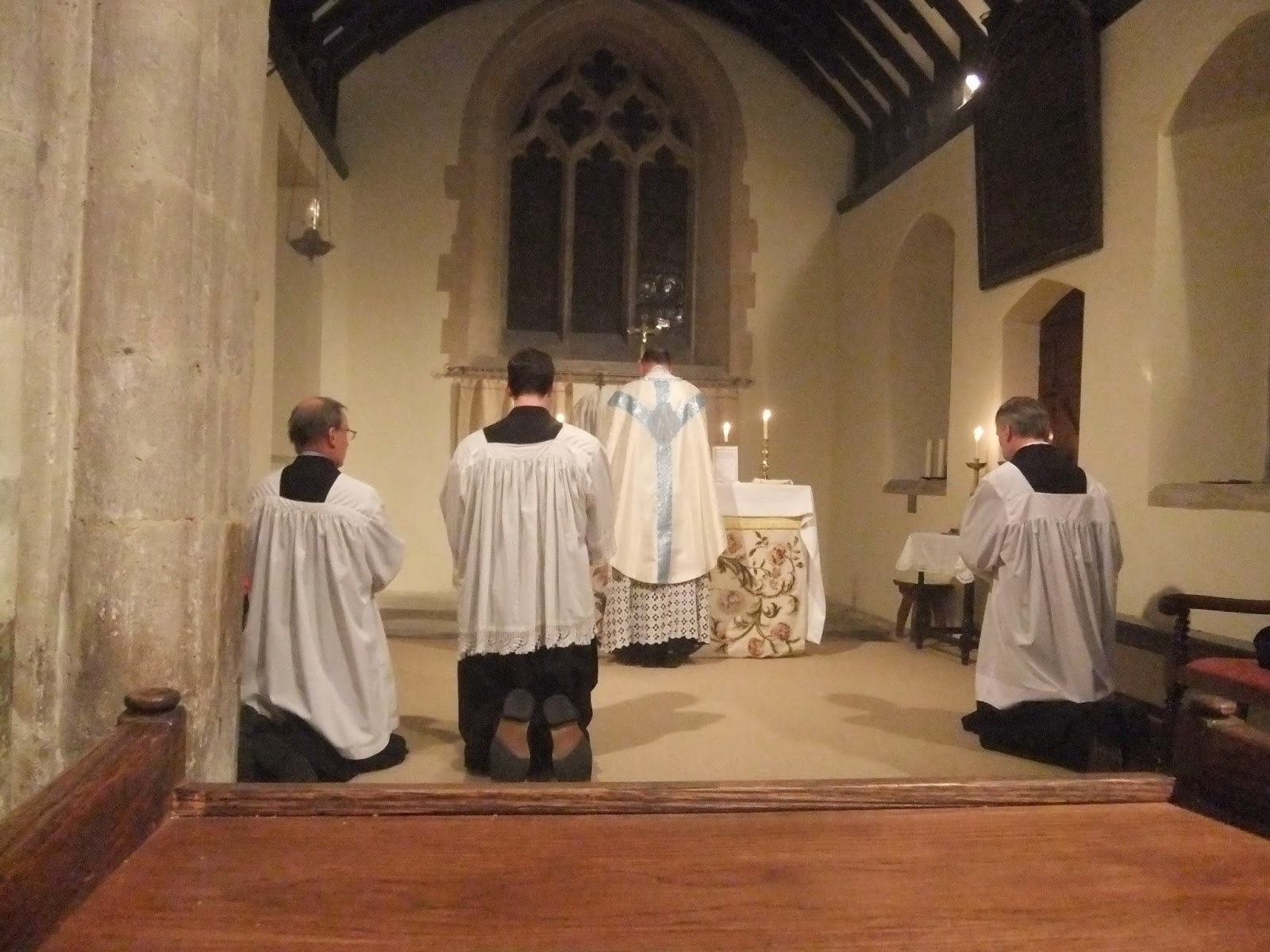 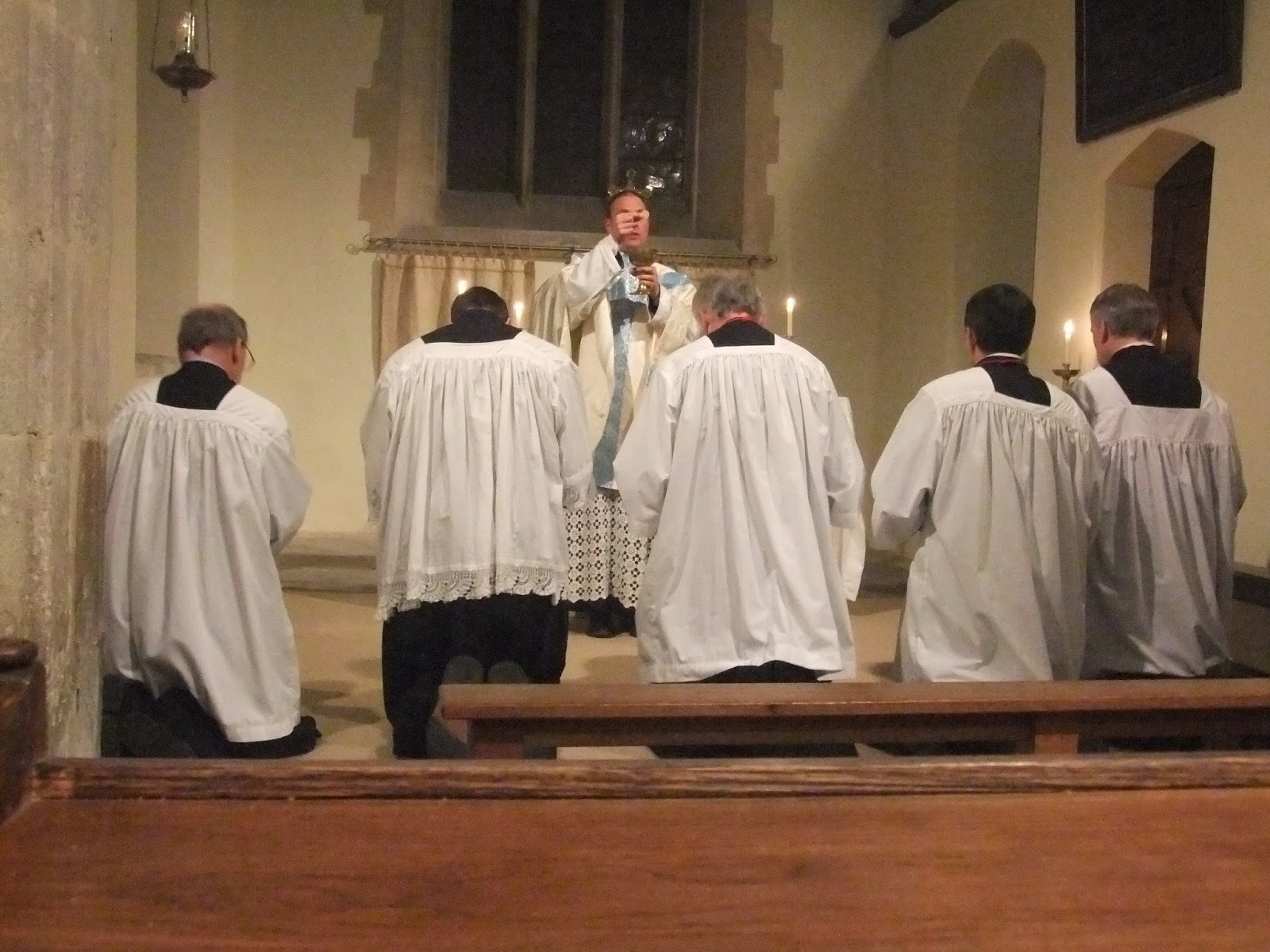 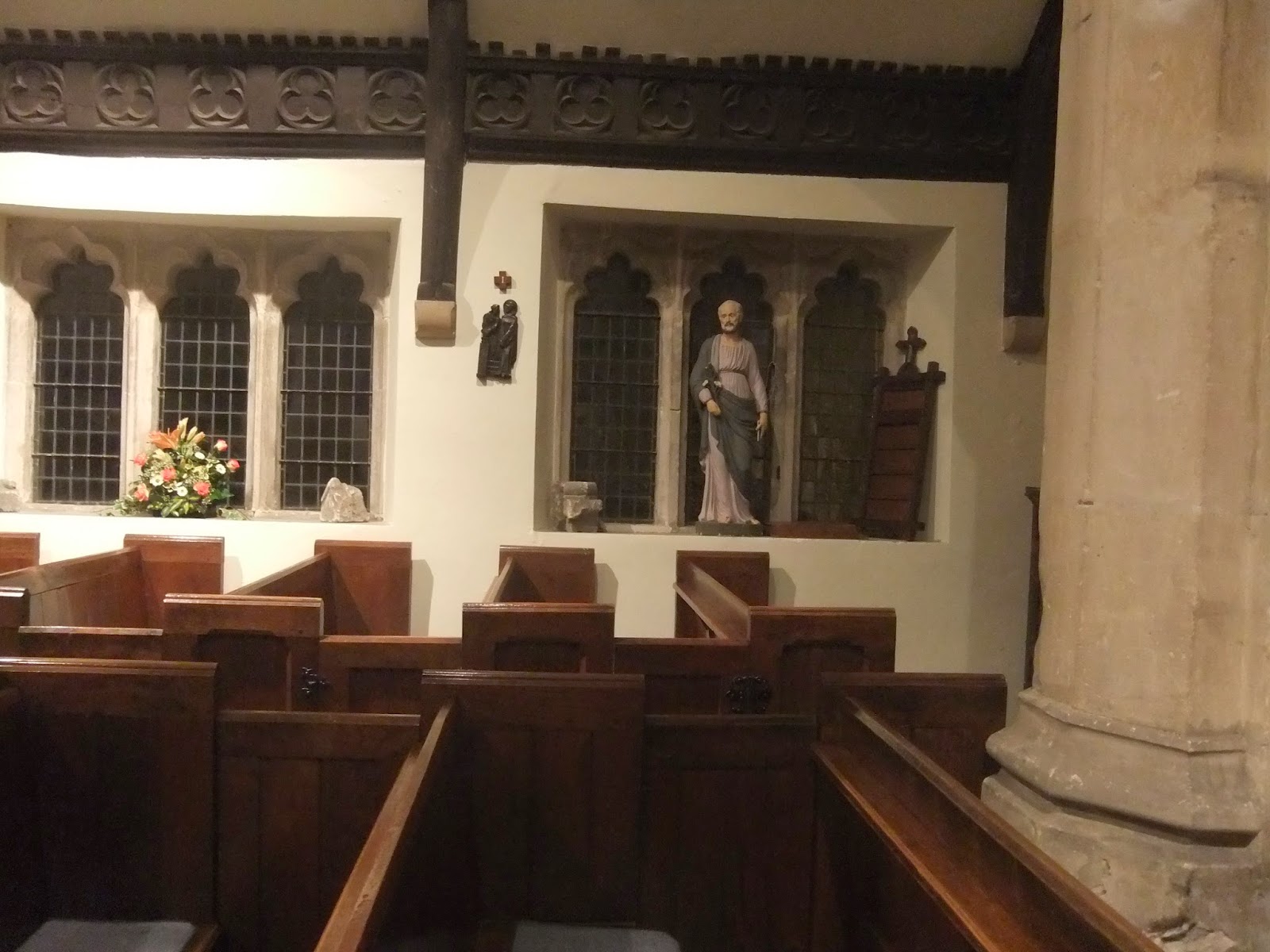 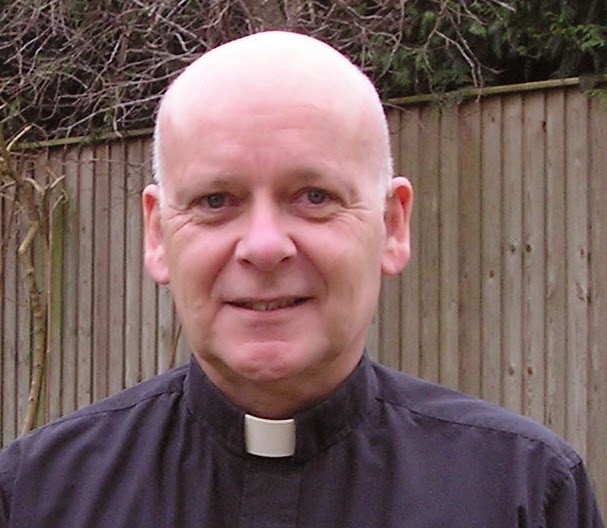 It is with great sadness that we have to announce that Father Kevin Knox-Lecky, Parish Priest of Our Lady and St Alphege, Bath, died peacefully in hospital last night.

Email ThisBlogThis!Share to TwitterShare to FacebookShare to Pinterest
Labels: Father Kevin Knox-Lecky, Latin Mass, Our Lady & St Alphege
Newer Posts Older Posts Home
Subscribe to: Posts (Atom)
Welcome to the information blog about traditional Catholicism in the Diocese of Clifton. We hope to provide basic information about the Masses available in our Diocese, and posts on Catholic history and culture in this area.
If you want any more information, please do contact us at clifton@lms.org.uk.