If anyone is available to serve at Michael Morton's Requiem Mass on Wednesday 9th May (see post below), please could you contact Fr Alexander Redman directly.
Email: alexander.redman@cliftondiocese.com

Of your charity, please pray for the happy repose of the soul of Michael Morton.
Michael was a member of the Latin Mass Society for many years. His Requiem Mass in the traditional form of the Roman Rite will be celebrated on Wednesday 9th May at 12.30pm, at Holy Rood Church, Swindon.
The celebrant will be Father Alexander Redman.

Father Ian McCarthy, Parish Priest of Our Lady & St Kenelm, Stow-on-the-Wold, will shortly be retiring. Father McCarthy has been celebrating regular Masses in the Old Rite in Stow, and also at St Gregory's, Cheltenham, for several years now, and we would like to thank him for his support for Catholic Tradition in the north of the Diocese.

Sadly, however, this means that there will be no more Traditional Masses in Stow and Cheltenham for the time being. The last Mass at St Gregory's will be on Wednesday, 4th April, at the usual time of 7pm.

There have also been some changes to the schedule at Prinknash Abbey. The Abbot and his Council have made the decision that the weekly Low Mass on Saturdays at 11am is to cease, and in its place there will be a Mass on the first Sunday of each month at 3pm, and one on the third Saturday of each month at 11am. Masses will continue to be celebrated by Father Mark Hargreaves. 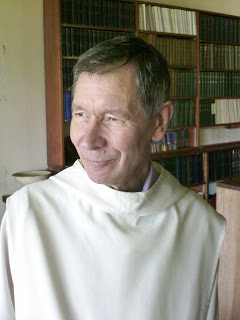 Your prayers are requested for the happy repose of the soul of Dom Damian Sturdy, of Prinknash Abbey, who died on 19th March. Father Damian reintroduced the Traditional Mass to Prinknash in 2002, and celebrated it regularly until around 15 months ago, when he retired to Nazareth House, Cheltenham.